Find information, schedule appointments, and collaborate with other scholars to succeed in your classes.

Every source quoted, summarized, or paraphrased in the body of your paper should be cited in the References section, and vice-versa.

In the body of your paper, you must include - either in the body of the sentence or parenthetically - the source authors' last names and the page number (if there is one) where the information may be found.

Note: The following examples do not reflect APA's required indentation.

For example, if I were writing about the history of the Supreme Court, I would introduce a block quote with contextualizing information. In this case, I might discuss how prominent political figures discussed Justice Oliver Wendell Holmes reverentially on Holmes's retirement. One scholar has written that

when time came to show the more mundane aspects of respect, the nation proved surprisingly stingy. Within a few months of Holmes’s resignation, a so-called Economy Act cut federal salaries and almost perversely targeted Holmes. One clause on resigned federal judges set a maximum pension of $10,000, which would cut Holmes’s income in half and would similarly threaten any other Supreme Court justice who resigned. (Glock, 2019, p. 47)

This text serves as a block quote, and the reader can see that there is no punctuation between the quote’s introduction and the quote itself. Note, too, that the quote’s end punctuation goes before the parenthetical citation.

One or Two Authors

Chapter or Essay in an Anthology

Formatting the Body of Your Paper

Note: the following examples are in APA 7.

1) Ctrl+T - Place your cursor at the beginning of the second line of your citation.

2) Press the control & the T keys at the same time (command + T on some operating systems).

3) In the resulting pop-up menu, select Special Indent, then Hanging, then click Apply. 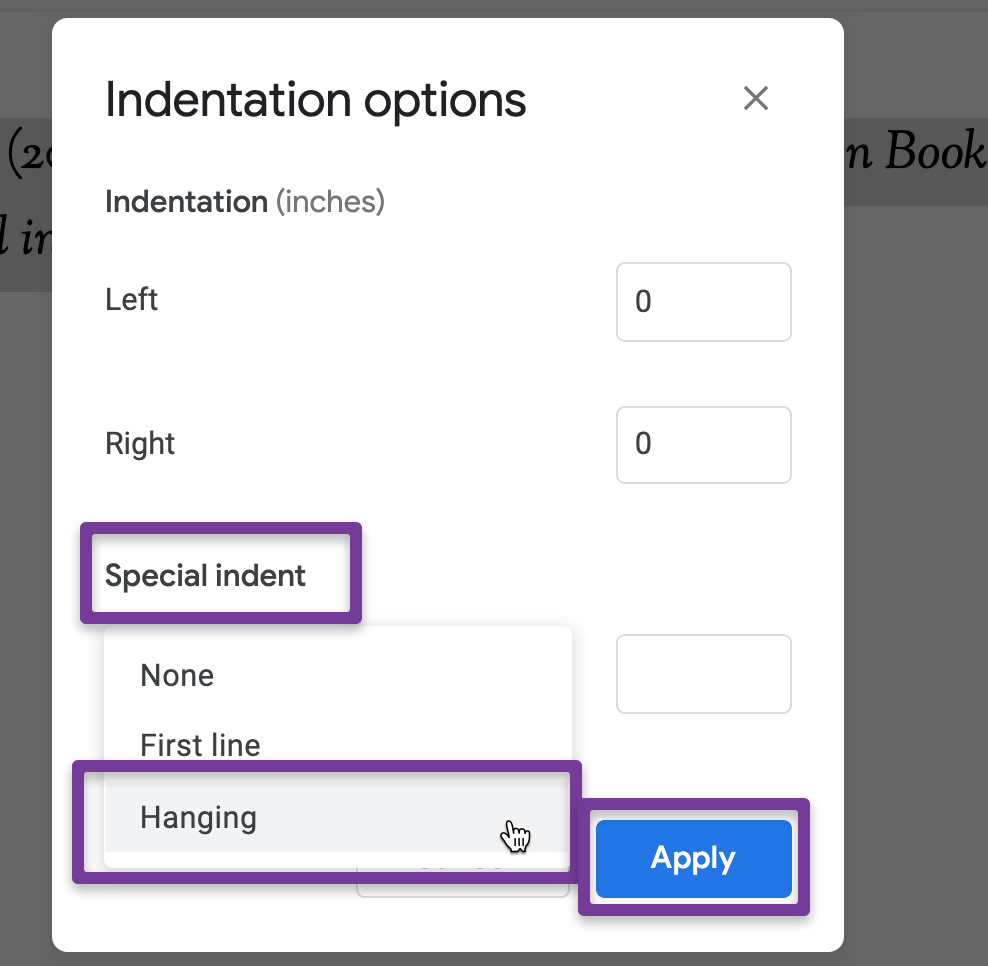